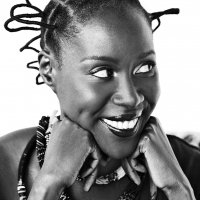 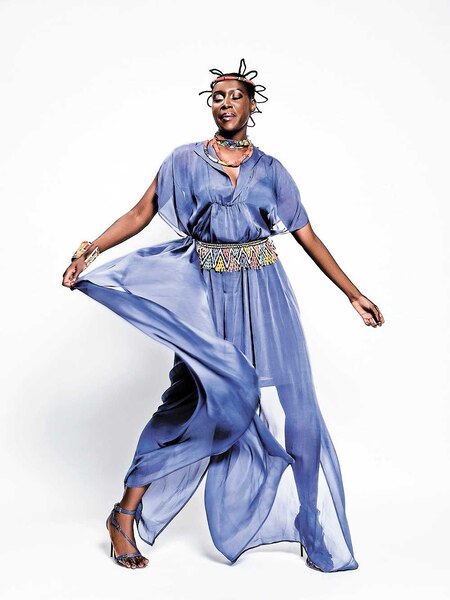 Stepping into Valérie ÉKOUMÈ world will be one of the most interesting and fulfilling experience you may have. In her colorful world, Love is King and Afropop is the music she chooses to express it. After DJAALÉ in 2015, her second opus KWIN NA KINGUE has been released in November 2017. In this new album, and with the help of Guy NWOGANG, she has digged deeper into her cameroonians roots, the result is Bikutsi or even Essèwè, so get ready to dance!

From a musician family, Valérie EKOUME is a French Cameroonian singer based in Paris.
She grew up listening to various musical styles from congolese rumba, pop music artists (as Michael Jackson), to cameroonian Music. Singers like Miriam MAKEBA (Mama Africa) and Whitney HOUSTON were, as she called them her virtual vocal coaches, as she learnt to sing with them.
Her life took a different turn when in 2004, she started to actively work with Manu DIBANGO in the Soul Makossa Gang. Touring with this great musician for 8 year, was for Valerie one most incredible experience of her life.

In 2005, she joint the American School Of Modern Music, in Paris specialized in musician training where she stayed for 5 years.

With many partnerships such as Coco MBASSI, LULENDO, Dédé SAINT PRIX,ALAIN BARRIERE, MACEO PARKER, Courtney PINE, Papa WEMBA, MEIWAY, the singer belongs to this new multicultural generation and is influenced by it.