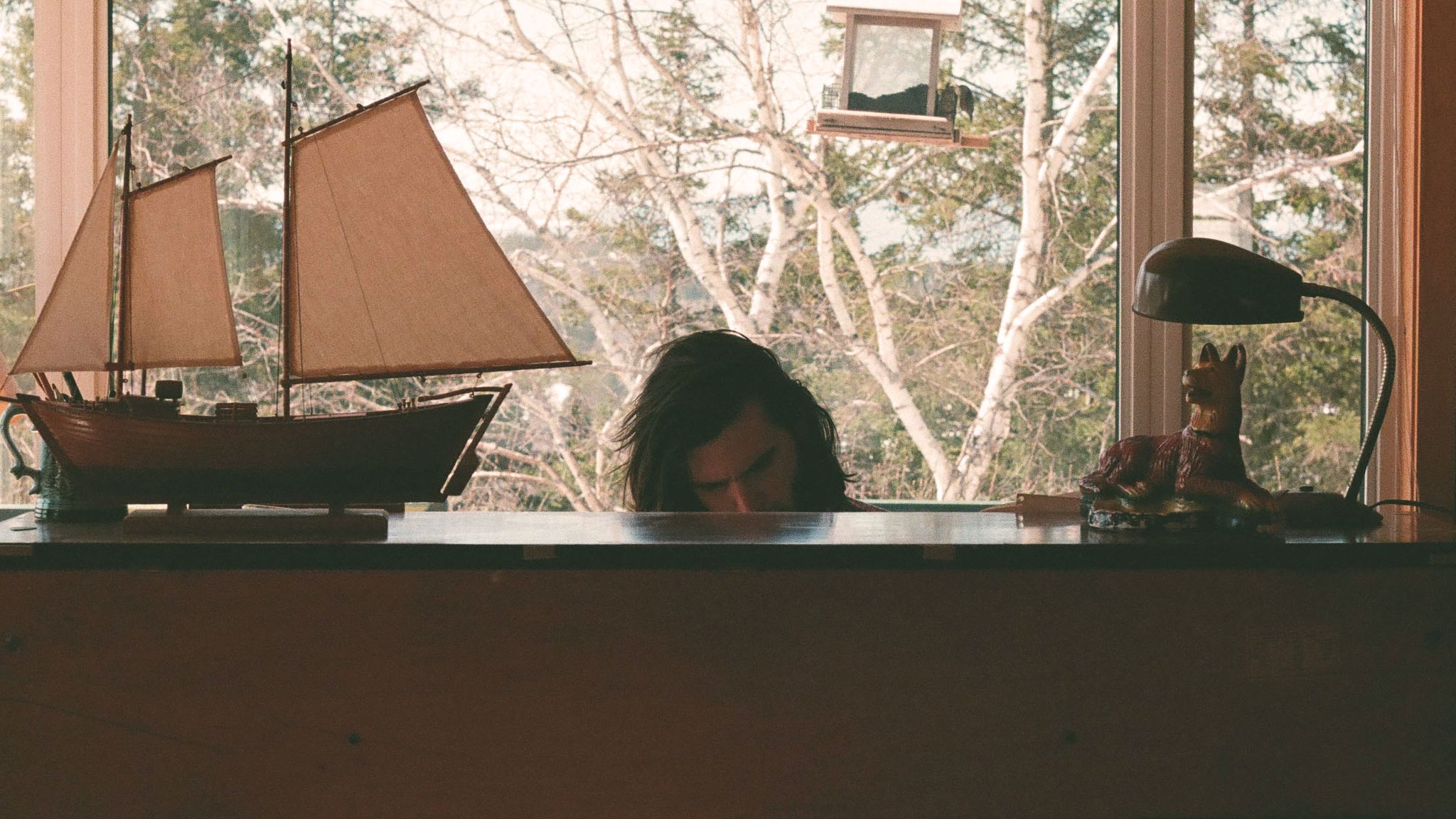 For a long time Mathieu David Gagnon worked in the background of many remarkable projects as producer, musical director and work in arrangement and orchestration. He is known for his work on songs by Klô Pelgag (co-producer and Album of the Year – Alternative, 2017, ADISQ – Québec Association for the Recording, Concert and Video Industries) and on the rock opera Des Hôtesses d’Hilaire. A man with many strings to his bow needs to take time out to refocus. Mathieu has recently been working on his own compositions using the pen name Flore Laurentienne. It is an instrumental music project which pays tribute to the diversity and infinite

beauty of the Quebec landscape and is reminiscent of music from the Living Strings collection or the sound track of a Technicolor movie, where we perceive in the background, glimpses of spring flowers and dramatic landscapes. Wind instruments and synthesizers of the 60s and 70s style make strange, but natural bedfellows, transporting us one moment along the St-Lawrence, then on to a memory. His first album, Volume 1, comes to life on stage thanks to 7 musicians; centered around 3 multi-instrumentalists and a string quartet recorded in Surround Sound to make for an immersive experience.