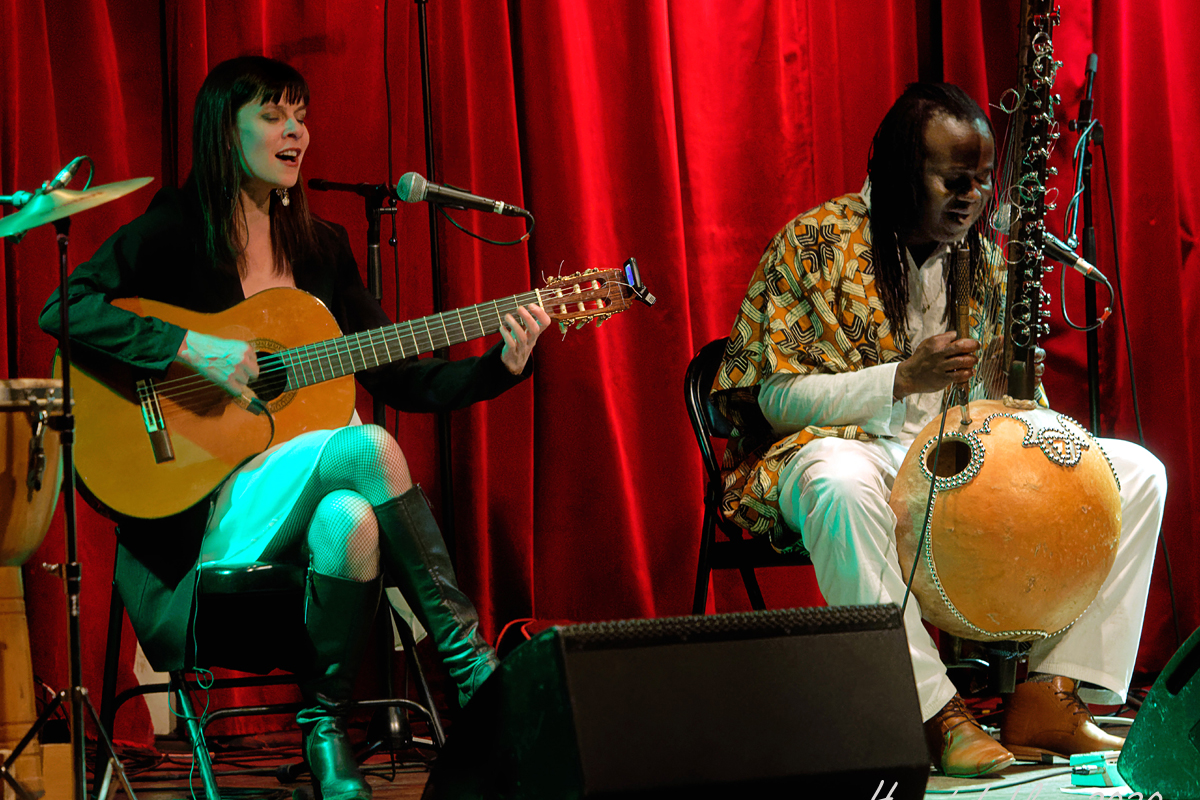 This concert is the fruit of a musical project that nurtured over a long period of time. The idea was born during a trip to Seville, when Zal Cissoko first became interested in the sounds of flamenco. He was fascinated by the playing techniques of the musicians he met in Andalusia, and became set on creating music that would combine flamenco with the Mandinka culture of his native West Africa. When he was offered an artistic residency by the Centre des musiciens du monde in 2018, he approached Caroline Planté, a musician with more than 25 years’ experience as a composer, soloist and performer, but also one of the few women around today who plays the flamenco guitar professionally. They are accompanied by an double bass player and a percusionnist.