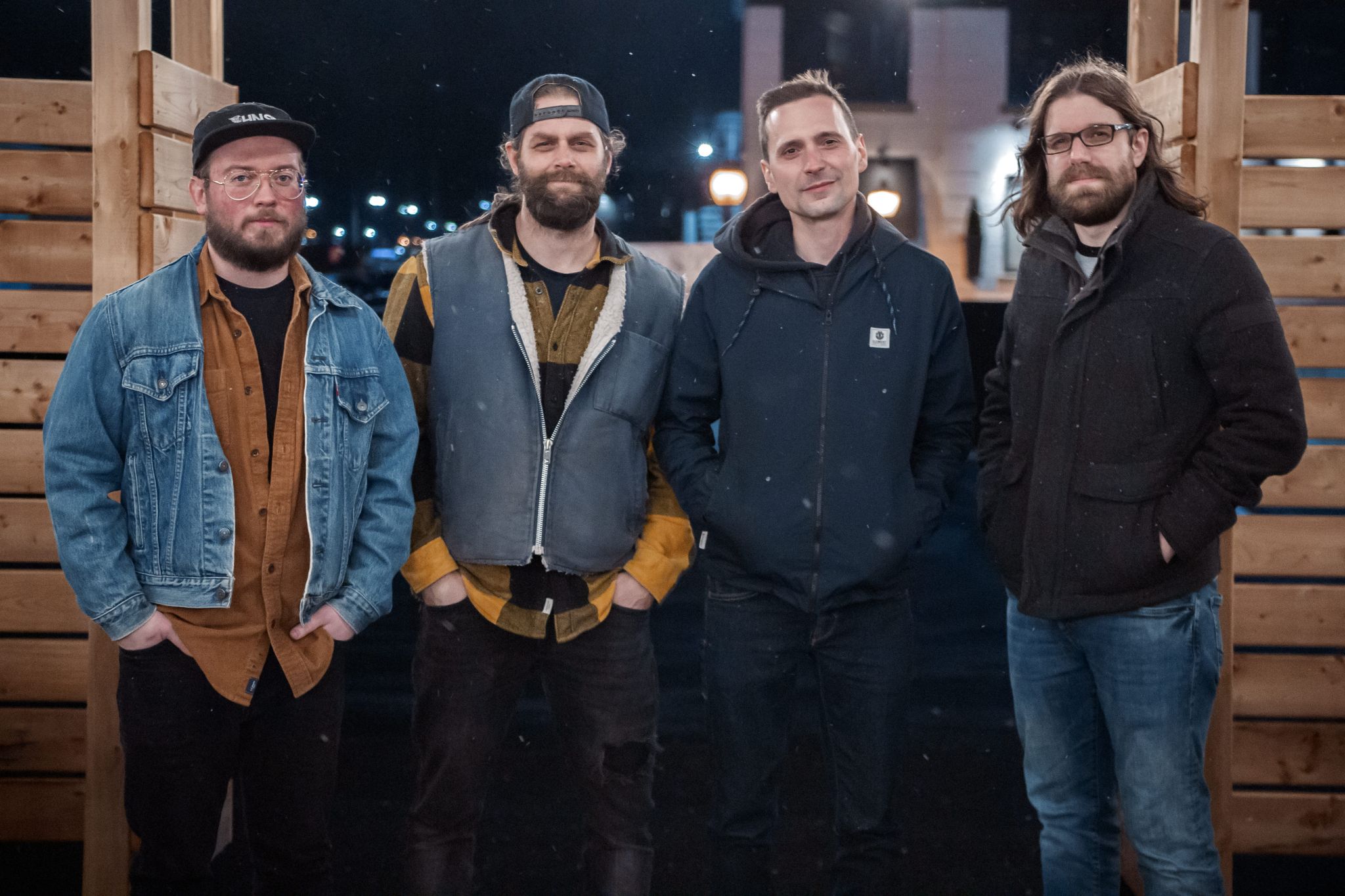 A brand new group from Fredericton, La Patente, has recently been charming music lovers with their great music. Their first album was released on November 25, 2021. The group members are Acadian, in their mid-30s and come from Madawaska in north west New Brunswick. They now live in Fredericton for work... and music! They are seasoned artists who have previously worked in various other bands. During the pandemic they came together to create a new group, write songs and record them.