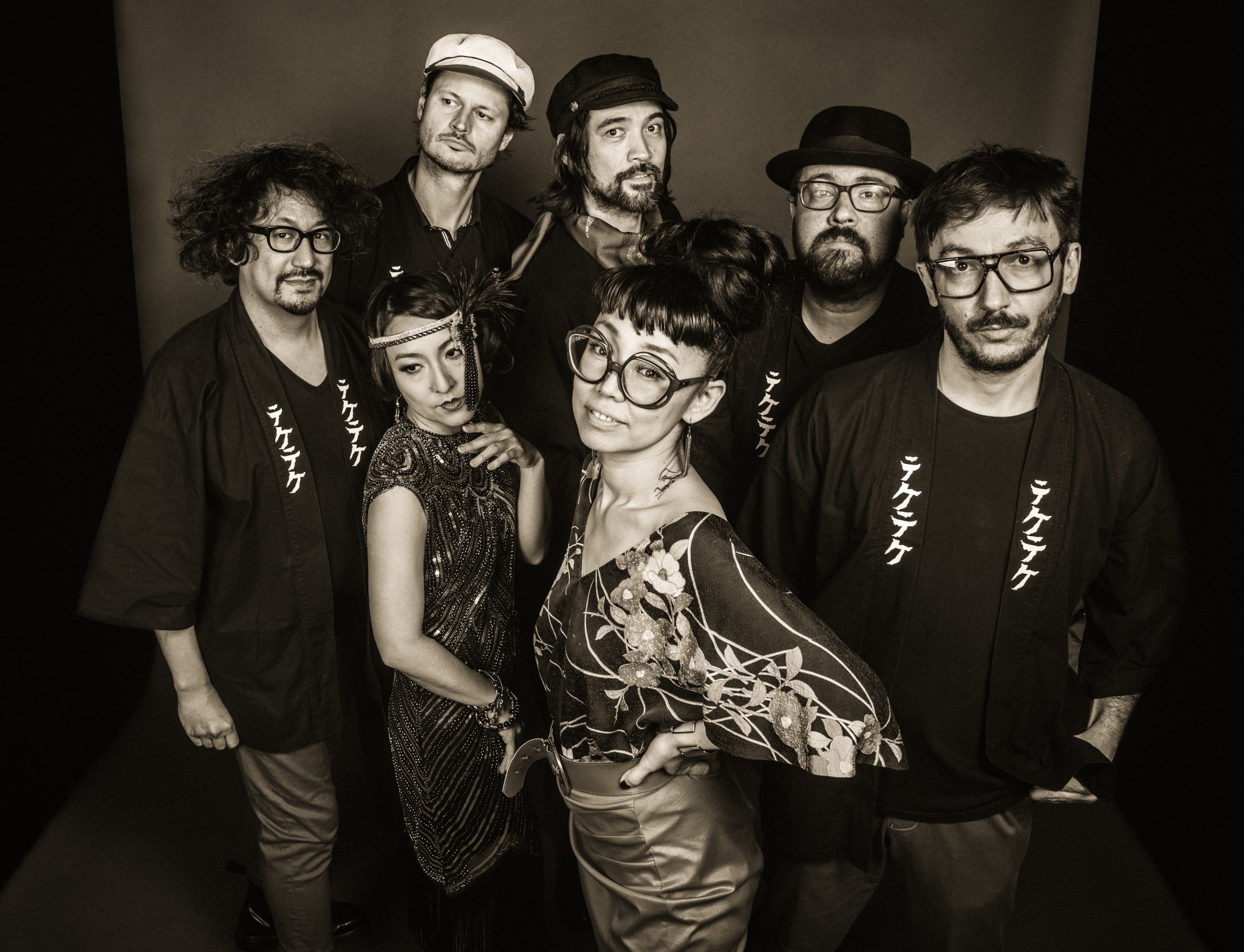 TEKE::TEKE is a unique beast; a seven-piece band featuring traditional Japanese instruments, flute and trombone alongside raging guitars and a pulsing rhythm section to create a sound reminiscent of 1960’s and 70’s-era psychedelic Japanese soundtracks, with a frenetic, modern twist.

For a band that would fit just as comfortably on a Tarantino soundtrack as they do on their label, Kill Rockstars - celebrated for its DIY punk beginnings - TEKE::TEKE’s fusing of cultures and influences will make their upcoming May 7th, 2021 debut album a must listen.

Formed in 2019 for what was to be a one-off instrumental tribute show to Japanese instrumental guitar hero, Takeshi Terauchi, featuring mostly surf-rock covers like "Chidori" which the band has since released, TEKE::TEKE then quickly found their original sound with the addition of vibrant actress, visual artist and vocalist Maya Kuroki. With their original single, “Kala Kala,” distorted guitars, flute, cymbal and trombone trickle in before a full-fledged freak out with pummelling drums and killer twin guitar riffs -- then, 1 minute in, behind her trademark large framed glasses, Maya comes in, singing in her native Japanese and distinctive howl.