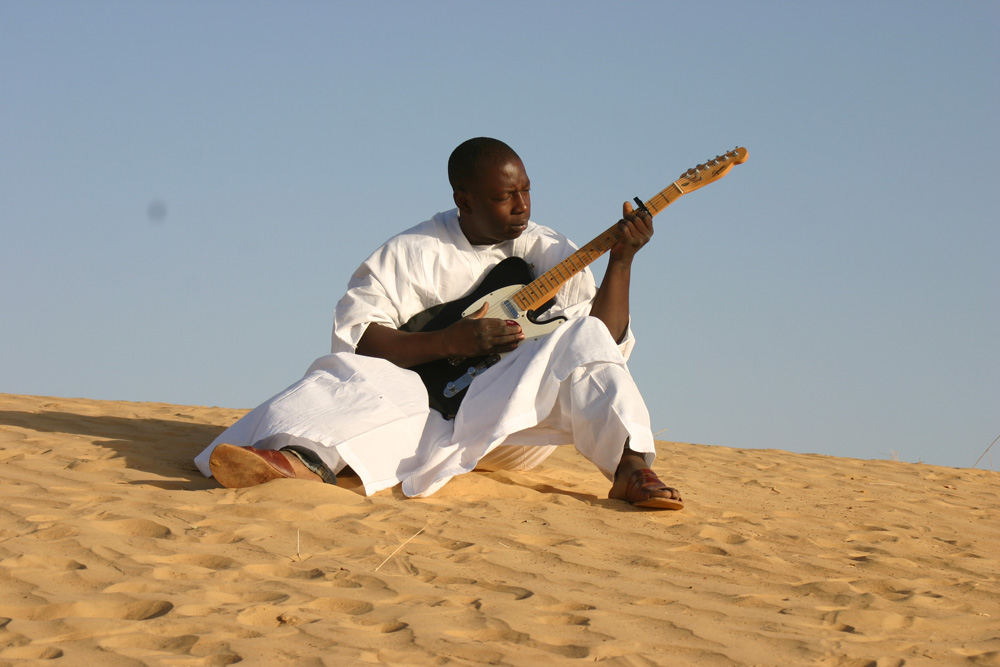 Music by Vieux Farka Touré from Mali will gently wake up festivalgoers at The Sunrise Show at Cap Bon Ami on August 14. This renowned virtuoso, son of the no less legendary Ali Farka Touré, will welcome the sun with music from his 9th album, Les racines, which will be released on June 10. At the date of printing, his appearance in Gaspé is the only one organized in Canada for 2022.

Vieux Farka Touré’s music blends the blues with traditional West African music. Known as ‘’the Hendrix of the Sahara’’, he has collaborated with artists from a plethora of backgrounds, such as: Dave Matthews, Shakira, Alicia Keys, Amadou Bagayoko and many others.